The question of whether social science or any study of reality having to do with human action can be accepted as valid and legitimate science remains contentious amongst intellectuals. Human action and the study of those disciplines serving human values and interests don’t fit neatly into the modern scientistic and positivist worldview held by the majority of the scientific community.

There exists a clash of paradigms.

But if a scientific method is an evolved and demonstrably effective methodology to guide human discoveries of the nature of the world for the purpose of serving the wellbeing of humankind, then there should be no a priorireason to limit the validity and scope of science to a single methodology or any predetermined number of methodologies.

There should be room for as many methodologies as are necessary to serve the purpose of science, namely the discovery of knowledge and truth to serve and advance human knowledge and wellbeing.

Scientism – the view that only experimental scientific claims are meaningful and valid proof of truths – is an attempt to study everything in existence through a single purely materialistic, positivist, deterministic perspective; it prejudicially and without merit relegates the search for truth by other methods as unscientific, as incapable of knowing or validating.

(It is worth mentioning that modern mainstream science has become very ideological and skeptical of knowledge and truth per se, asserting that we cannot know reality directly; that what we call “reality” is at best a value-laden conjecture that can never amount to proof or establish truth; that the scientific method consists of the attempt to create mathematical models to simulate reality and to falsify random hypotheses; that all so-called knowledge is arbitrary and survives as valid only for as long as it is deemed useful; that consensus amongst scientists, not evidential proof, determines reality, etc.)

This perspective of adhering to scientific monism defines and delimits what is a “legitimate” area of reality to study, refusing to recognize that there are other legitimate areas of study that do not fall within its prescribed domain. There is no recognition of the volitional seeking of ends in the materialistic natural world, just entities composed of matter undergoing an infinite sequences of materialistic cause and effect chain of necessitated events across the infinite span of time.

There are no motives, intentions, desires, choices, achievements, disappointments, etc., in the world of the natural sciences. There is just matter, natural forces, and time (and sometimes even time is denied validity). This modern paradigm of science leaves no room for the objective study of conscious beings acting in pursuit of chosen ends, thereby ignoring and dismissing the requirement for a completely different and more comprehensive alternative methodology for the sweeping range and categories of human action and human intention.

The fallacy of scientistic prejudice, as F.A. Hayek called it, is both embraced and committed even though scientists and the communities they serve know this paradigm of science is incomplete. We all necessarily experience consciousness and the attributes of consciousness in ourselves through self-awareness over which we can exert degrees of control, including the retrieval and application of knowledge, skills, values, perceptions, thoughts, memories and cognitive processes such as planning and problem-solving in the application of appropriate means to achieve desired ends.

These attributes of consciousness are causal and natural – neuroscientist Michael S. Gazzaniga, author of Who’s In Charge? Free Will and the Science of the Brain, calls them emergent. But these attributes of consciousness, of which we are self-aware, pose a problem for many operating under the current paradigm of science that embraces mechanistic necessity while denying human agency.

Dr. Edwin Locke, distinguished professor Emeritus at the R.H. Smith School of Business, University of Maryland, makes the essential argument against the positivist denial of human agency succinctly in his recent book The Illusion of Determinism: Why Free Will is Real and Causal:

The choice to think or not is self-caused, a volitionally chosen primary. This is not a denial of the law of causality but a specific form of it, a form found in human beings who possess the rational faculty. Like consciousness as such, which is an emergent property of a certain type of brain and nervous system, free will (volition) is an emergent property of a brain that makes possible a conceptual (rational) consciousness. Your choice is whether to use your free will or not. Volitional causality is different from mechanical causality. Thoughts have different attributes than physical entities. You can choose differently under the same circumstances. This does not violate the law of identity but reflects it. (92, italics in original.)

A peculiar paradox about positivist science is that it requires the scientist to operate from outside the realm of strict mechanistic causal determinism. The paradox is that the act of science itself as the study of matter (or more widely, all entities and the realm in which they exist) is a human action undertaken by a community of human actors, and as such implicitly requires and depends on the volitional consciousness and free will of each scientist – notwithstanding his or her supposed acceptance of mechanistic materialism and positivism, and repudiation of volitional choice and human agency.

NEXT: Part 14. The Marginalization and Destruction of Epistemology

Mises: The A Priori Nature of Human Action (pdf)

Barry Linetsky has learned a considerable amount from the writings of Mises and Hayek. Barry makes his living specializing in value-driven strategic management, and is the author of the acclaimed business biography The Business of Walt Disney and the Nine Principles of His Success (Theme Park Press, 2017) and Free Will: Sam Harris Has It (Wrong), both available from amazon. He frequently blogs at www.BarryLinetsky.com and has been published in the Ivey Business Journal and Rotman Magazine. Twitter @BizPhilosopher. 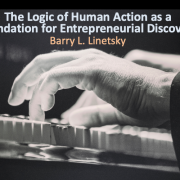 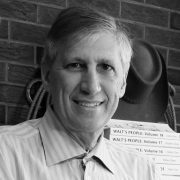 Part 12: Science, Human Action, The Search for “Truth”, and Consequences 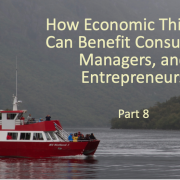 Barry L. Linetsky, 2019 The Solution Is In How We Solve Problems

Part 14: Science, Human Action, The Search for “Truth”, and Consequences

Part 15: Science, Human Action, The Search for “Truth”, and Consequences

Part 17: Science, Human Action, The Search for “Truth”, and Consequences

Part 9: Science, Human Action, The Search for “Truth”, and Consequences

Part 14: Science, Human Action, The Search for “Truth”, and Con...
Scroll to top